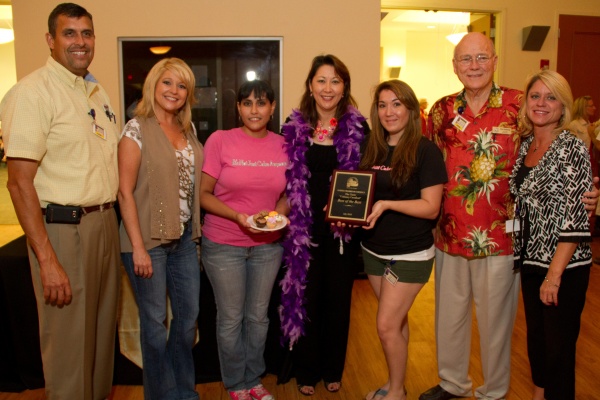 Schertz residents brought their appetites last night as the Chamber of Commerce put on it’s culinary showcase, featuring 32 vendors and 70 different types of food, at the Schertz Civic Center.

Food enthusiasts got to sample the best local cuisine from Mexican to Italian and Cajun, as well as drinks, desserts and appetizers.

Door prizes were given away throughout the evening for the adults and the children. Patrons also enjoyed free face painting, balloons, and a free photo booth.

Entertainment was provided by Samba Vida, an award-winning dance and percussion group. They had a fantastic set with colorful costumes and lively dance moves. Ending their time with a conga line weaving though the civic center and including the mayor, Hal Baldwin, and many of the Chamber volunteers.